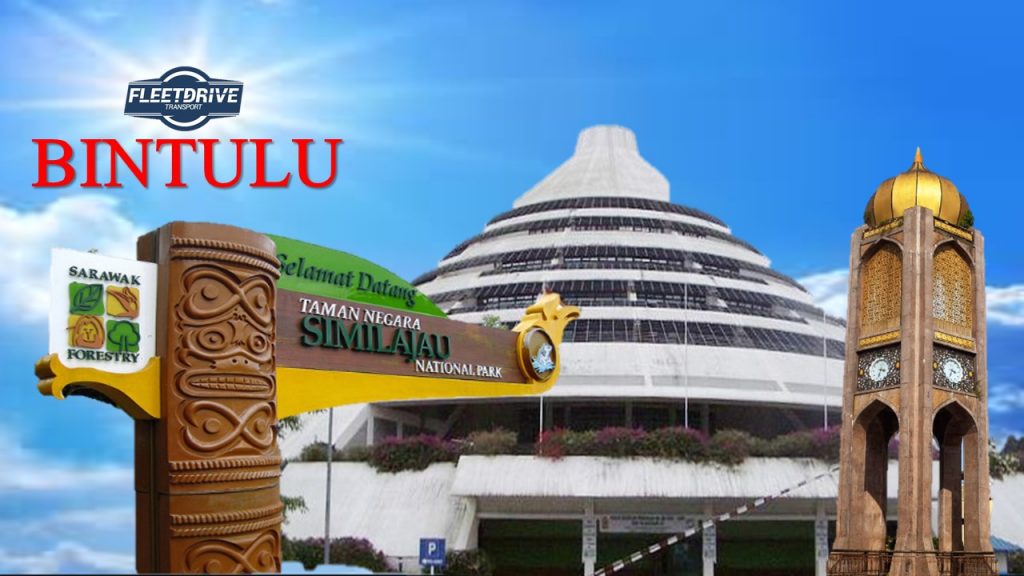 FLEETDRIVE welcomes you to Sarawak the Land of the Hornbills! Sarawak is located on the island of Borneo and the third largest island in the world.

Bintulu is located in Sarawak, Malaysia. It is approximately 205 km away from Miri, about 215 km away from Sibu and it is quite far from Kuching which is the capital of Sarawak. It is geographically located halfway between Kuching and Kota Kinabalu.

Originally a sleepy Melanau fishing village, Bintulu is nowadays Sarawak’s main industrial town and principal deep-water port, servicing the oil, gas and timber industries. The town is located at the mouth of the Kemena River and made up primarily of Ibans, Chinese, Malays and Melanaus, with a smattering of Bisayas, Kedayans, Bidayuhs, Orang Ulus and a large expatriate contingent. The population growth of Bintulu are mainly contributed by the setting up of an Industrial zone area known as Samalaju Industrial Park which is launched in 2008. Among the popular top-spot in Bintulu are Similajau National Park, Sarawak Agricultural Park and Temasya Beach just to name a few.

Similajau National Park possesses one of the most beautiful beaches in Malaysia. You can stroll along the golden sand while enjoying the cool breeze from the sea. It is definitely the best place that acts as a getaway from the concrete jungle and hustle lifestyle. Apart from the amazing stretch of beach, there are interesting species of flora and fauna that are to be seen around in the park.

Spending only a day to explore Bintulu is not enough as it has so much to offer. Thus, planning a stay for a night or two would be a better decision. Accommodation in Bintulu is easy as there are many hotels and hostels available around.